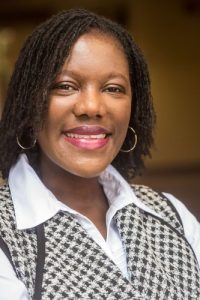 Crystal R. Sanders is a historian of the modern United States with research interests in African American History, Southern History, and the History of Black Education.  Her scholarly work joins a growing body of literature that moves beyond “the two-dimensional story of oppression and submission” during the Jim Crow era of segregation and black disfranchisement to explore African Americans’ everyday acts of resistance and resiliency throughout the twentieth century in efforts to secure the rights and privileges of American citizenship.  The University of North Carolina Press published her first book, A Chance for Change: Head Start and Mississippi’s Black Freedom Struggle, in 2016 as part of its John Hope Franklin Series in African American History and Culture.  The book considered how the Child Development Group of Mississippi (CDGM), a federal Head Start program for low-income preschoolers, produced a political battle between poor black mothers and grandmothers and white southern congressmen. Between 1965 and 1968, Mississippi’s black working-class participants collaborated with the federal government to seek bottom-up change in the most repressive state in the country. They moved beyond teaching shapes and colors to challenge the state’s closed political system and white supremacist ideology.  The book received several honors and awards including the Critics’ Choice Book Award from the American Educational Studies Association and the New Scholar’s Book Award from Division F of the American Educational Research Association.  It was also a short-list finalist for the Benjamin Hooks National Book Award.

Sanders’s current book project, America’s Forgotten Migration: Black Southerners’ Efforts to Secure Graduate Education During the Era of Legal Segregation, explores the barriers  black southerners faced in securing graduate education in the age of Jim Crow.  In telling this story, Sanders, traces the beginning of a long trajectory of the use of public dollars to fund private education in order to preserve segregation.  Remarks she gave at the Annual Meeting of the Association for the Study of African American Life and History based on the forthcoming book were aired on C-SPAN3.

Sanders holds leadership roles in many professional organizations including the Association of Black Women Historians and Division F of the American Educational Research Association.   She is also a board member for the Social Science Research Council’s Mellon Mays Graduate Initiatives Program.

“Money Talks: The Elementary and Secondary Education Act of 1965 and the African American Freedom Struggle in Mississippi,” History of Education Quarterly (May 2016): 361-367.