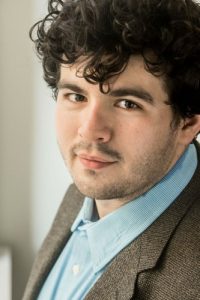 My dissertation examines the social and political history of religious conversion in the sixteenth- and seventeenth-century Papal States. I place the Italian Peninsula within its broader Mediterranean context, emphasizing how the region became a crucible of multireligious encounter in the era of the religious refugee. Ultimately, I reveal how those of non-Catholic faiths could become “integrated” and “naturalized,” if only tentatively, in a period of globalization and religious strife.

I had a previous scholarly life as a medievalist, during which I investigated subjects such as the Jewish minority in medieval England and the ways in which Welsh Cistercian monasteries functioned as outposts of reformed Latin Christianity and continental European cultures. These experiences laid a foundation for my understanding of religious difference, human movement, and the roles of missions as liminal spaces between cultures and populations.

For the 2022-2023 academic year, I am a Fulbright Fellow affiliated with the University of Rome 3, the central Jesuit archive in Rome (ARSI), and the State Archive of Ancona (ASAn).

During the 2021-2022 academic year, I was an Andrew W. Mellon Graduate Fellow with an appointment in Penn State’s Sawyer Seminar entitled “Transmission, Containment, Transformation:” https://sites.psu.edu/earlymoderncities/

FORTHCOMING: “The Curious Case of Ancona: ‘Levantines,’ Accommodation, and the Exigencies of Papal Power in Adriatic Italy, 1532-1555.” The Sixteenth Century Journal.

“The Corpus Christianorum, the Expulsion of the Jews from England, and Confluences of Structure and Event.” Clio: A Journal of Literature, History, and the Philosophy of History. 47/1 (2020): 1-23.