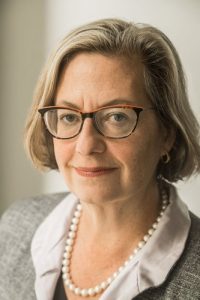 I am a historian of antebellum America (1800-1860) with a particular interest in the relationship between the United States and the rest of the world in the decades before the Civil War. My research has been chronologically focused (why stray from the most fascinating period in American history?) but topically broad. I have published five books: a biography of a politically powerful First Lady (Lady First: The World of First Lady Sarah Polk), a narrative history of the U.S.-Mexican War (A Wicked War: Polk, Clay, Lincoln, and the 1846 U.S. Invasion of Mexico), an investigation into the role that the ideology of manifest destiny played in both foreign affairs and American society at home (Manifest Manhood and the Antebellum American Empire), and a study the relationship between gender, culture, and urbanization (Cause for Alarm: The Volunteer Fire Department in the Nineteenth-Century City). I have also published a general history of the territorial expansion of the United States (Manifest Destiny and American Territorial Expansion: A Brief History with Documents). I tend to focus on the transformation of gender roles in most of my work, from female political power across the nineteenth century to the role of masculinity in volunteer firefighting in 1820s Baltimore and William Walker’s Nicaraguan filibustering adventures in the mid-1850s, but am also intrigued by partisan politics and the growth of America’s empire. I am currently researching and writing a history of nineteenth-century attitudes towards imperialism, focused on ordinary Americans. I love to lead class discussions on primary sources, and try to integrate visual images into all my lectures. In 1999 Penn State awarded me the George W. Atherton Award for Excellence in Teaching. In 2009 I was named a Guggenheim Foundation Fellow. And I am currently President-Elect of the Society for Historians of the Early American Republic.

A Wicked War: Polk, Clay, Lincoln and the 1846 U.S. Invasion of Mexico, (Alfred A. Knopf/Vintage

President, Society for Historians of the Early American Republic (2020-2021)

Class of 1933 Distinction in the Humanities Award, Penn State University (2014)