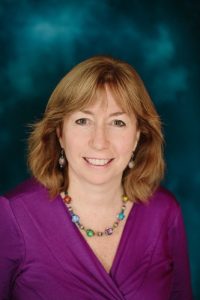 My research centers broadly on the politics of religion, secularism, and human rights in the former Soviet Union and is fundamentally interdisciplinary in its theoretical and methodological approaches. As a cultural anthropologist who does historically-informed ethnographic research, I explore how the shifting politics of religion and processes of secularization in the USSR have shaped social and cultural practices in everyday life in post-Soviet societies.  My interest in religion stems from earlier research on nationalism and historical memory in Ukraine and has since broadened to include how religion intersects with migration, political protest as well as globalization.

My first book, Burden of Dreams: History and Identity in Post-Soviet Ukraine (1998), analyzes the colonial nature of the Soviet Union by examining how historical events were reinterpreted as a form of political protest and re-presented in commemorations, festivals, and the urban landscape to articulate a sense of nationhood after 1991. Communities of the Converted: Ukrainians and Global Evangelism (2007), my second monograph, explores the prominent role religion assumed in public life in post-Soviet Ukraine. It also considers how religion contributes to the formation of transnational communities, alternative moralities and political engagement. I have edited and contributed to three collections of essays on lived religion that span the Soviet and post-Soviet periods, including Religion, Morality and Community in Post-Soviet Societies (2008; co-edited with Mark Steinberg); State Secularism and Lived Religion in Soviet Russia and Ukraine (2012); and The Anthropology of Religion: Comparative Studies from the Carpathians to the Caucasus (2019; co-edited with Julia Buyskykh, in Ukrainian). My most recent book, Everyday Religiosity and the Politics of Belonging in Ukraine (2021), explores how everyday religiosity shapes public space and secular public institutions. Overall, I employ a variety of methods in my research beyond archival work, including interviews, life history narratives, and ethnographic methods of participant observation. I am the founder and convenor of a research initiative, the Working Group for the Study of Religion in the Black Sea Region.

“An Affective Atmosphere of Religiosity: Animated Places, Public Spaces and the Politics of Attachment in Ukraine and Beyond” Comparative Studies in Society and History, 62:1 (2020): 68-105.

Antropolohiia Relihii:  Porivnial’ni Studii vid Prikarpattia do Kavkazu. [The Anthropology of Religion: Comparative Studies from the Carpathians to the Caucasus] (Kyiv: Dukh i Litera, 2019; co-edited with Julia Buyskykh; in Ukrainian)

• 2020 Distinguished Scholar Award, Association for the Study of Eastern Christianity