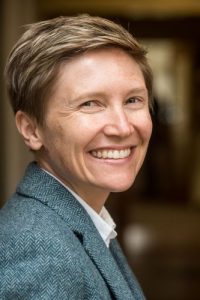 Christina Snyder is the McCabe Greer Professor of the American Civil War Era at The Pennsylvania State University. She is an historian of colonialism, race, and slavery, with a focus on North America from the pre-contact era through the late nineteenth century. Snyder earned her Ph.D. in History from the University of North Carolina Chapel Hill and completed a postdoctoral fellowship at the University of Pennsylvania’s McNeil Center for Early American Studies.

Snyder’s current book project, Slavery After the Civil War: The Slow Death and Many Afterlives of Bondage, explores how and why bondage persisted even after the passage of the Thirteenth Amendment. Snyder is also the author of Great Crossings: Indians, Settlers, and Slaves in the Age of Jackson (Oxford University Press, 2017) and Slavery in Indian Country: The Changing Face of Captivity in Early America (Harvard University Press, 2010). These books received a wide range of accolades, including the Francis Parkman Prize, the John H. Dunning Prize, the James H. Broussard Prize, and the John C. Ewers Prize.

Additionally, Snyder is the author of more than twenty-five articles and review essays, and her research has been supported by the American Council of Learned Societies, the American Antiquarian Society, the American Philosophical Society, and the National Humanities Center. Snyder’s work has been featured on PBS, NPR and Slate .