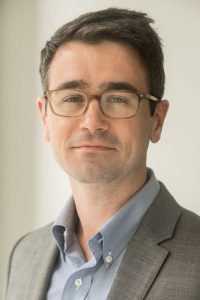 Christopher Heaney is an historian of Latin America, with research interests in the history of science, indigeneity, museums, race, and deathways in the Andes, Americas, and the World. He is the author of Cradle of Gold: The Story of Hiram Bingham, a Real-Life Indiana Jones and the Search for Machu Picchu (2010), published in Peru as Las Tumbas de Machu Picchu: La historia de Hiram Bingham y la Busqueda de las últimas ciudades de los Incas (2012). He is currently at work on two monographs, both informed by research in museums and archives in Peru, the United States, the United Kingdom, and Spain. Empires of the Dead: Inca Mummies and the Origins of American Anthropology (Oxford University Press, forthcoming) is a history of the collection, circulation, study, and display of Inca mummies and ancient Peruvian skulls in the Americas, focusing on the 19th century but spanning the 16th century to the present. His third book, Grave Openings, will be a history of the colonial laws regulating grave-robbing in the Anglo-Iberian Atlantic World, and their assault upon Indigenous sovereignty.

At Penn State, he trains undergraduate and graduate students in Colonial and Modern Latin American history, the history of Peru and the Incas, the history of science, and the cultural history of United States-Latin American relations. His approach to teaching presumes a Latin America that has always been modern, and an Americas and Atlantic World shaped by movements, infrastructures, and knowledges of Native peoples. In 2012, he co-founded and was the Editor-in-Chief of The Appendix, a journal of narrative and experimental history. From 2016 to 2018 he was the Barra Postdoctoral Fellow at the McNeil Center for Early American Studies, at the University of Pennsylvania in Philadelphia. His writing has been featured by The New Yorker, The Atlantic, and The New York Times.

“Fair Necropolis: the Peruvian Dead, the first American Ph.D. in Anthropology, and the World’s Columbian Exposition of Chicago, 1893,” History of Anthropology Newsletter 41 (2017).