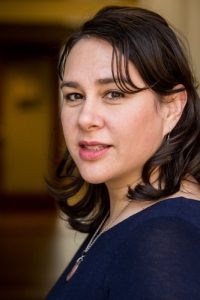 I am an intellectual and cultural historian of early China (500 BC to 200 CE) interested in the development of premodern East Asia, especially a region I (and collaborators) call SEAMZ (the Southeast Asian Maritime Zone). My first three monographs concern ancient Chinese thought and intellectual history, and they explore the many ways thinkers envisioned the self and other in society and the world: Individualism in Early China: Human Agency and the Self in Thought and Politics (University of Hawaii Press, 2010); Music, Cosmology, and the Politics of Harmony in Early China (State University of New York Press, 2012); and Ancient China and the Yue: Perceptions and Identities on the Southern Frontier, c.400 BCE – 50 CE (Cambridge University Press, 2015). Currently, I’m working on a dedicated study of an ancient intellectual school called the Mohists, which came together as quasi-military, religious groups that trained men in technical sciences, disputation, and ethics. I’m interested in their perceived project of standardizing, organizing, and regulating knowledge (which I refer to as the “mass production of knowledge”) and how it affected practices of knowledge and science in East Asia. Another aspect of my current work involves rethinking the networked relationships that connected much of the southeastern parts of continental Eurasia (specifically, “China” south of the Yangzi River) to areas in Southeast Asia. Collaborators and I are fostering interdisciplinary discussions to better understand how large portions of this zone got incorporated over the millennia into the Chinese realm. As the co-editor with Rowan Flad (archaeology, Harvard University) on a new, 5-year publication series called “Cambridge Elements,” Ancient East Asia (published by Cambridge University Press), I hope to bring together the writing of established experts in the disciplines of history, literature, archaeology, and linguistics to provide new, multi-disciplinary, and cutting-edge research on the global history of this major part of the ancient world.

Individualism in Early China: Human Agency and the Self in Thought and Politics. University of Hawaii Press, 2010.

Co-editor, Heng Xian and Early Chinese Philosophy. Special volume and “Introduction” in Dao 12.2 (June 2013). Based on the proceedings of the workshop, “Reading and Understanding the Heng xian,” Penn State University, November 12-14, 2010. (Organized by Erica Brindley).