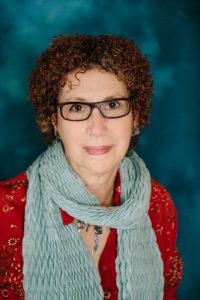 “My work has concerned the gendered organization of public and private life in the passage from absolutism to democratic republicanism and revolutionary nationalism in eighteenth-century France; gendered citizenship; representations of the female body in the popular imagery of the French Revolution; the polemical and rhetorical uses of monstrosity (gendered, bestial, and grotesque bodies); the place of anatomical practice and knowledge in figurations of the body politic and revolutionary practice; and the relationship between text and image in early modern print culture.

“My books include Women and the Public Sphere in the Age of the French Revolution (1988); Visualizing the Nation: Gender, Representation and Revolution in Eighteenth-Century France (2001), Monstrous Bodies/ Political Monstrosities in Early Modern Europe, co-editor (2004), and Feminism, the Public and the Private, ed. (1998). My articles have appeared in numerous collections and journals with interdisciplinary and disciplinary emphases.

“My research has been supported by the John Simon Guggenheim Memorial Foundation, the Getty Research Institute of the Getty Museum, The National Endowment for the Humanities, the Mary Ingraham Bunting Institute of Radcliffe College, the Swedish Collegium for Advanced Study in the Social Sciences (SCASSS), Uppsala, Sweden, and the Humanities Research Centre, The Australian National University. I have been a resident scholar at the Centre Alexandre Koyr, Histoire des Sciences et des Techniques, EHESS-CNRS -MNHN, Paris, France, and the University of Waikato, Hamilton, New Zealand.

“Finally, I have served as President of the American Society of Eighteenth-Century Studies (2003/4).

“My current book project concerns designs for artificial life undertaken by philosophers, physicians, engineers, natural historians, and anatomists. I am also engaged in a collaborative project on the question of animal nature, as posed in early modern philosophical and medical texts and in visual culture, from the seventeenth century to the present.

“I am a strong advocate of interdisciplinary approaches to historical knowledge. I have sought to introduce history students to visual sources, and to theoretical perspectives on historical research and writing. I co-curated an exhibition in 1989 on French and British artists of the French and Haitian Revolutions, and I am currently working on developing an exhibition on the topic of animal nature. My interest in new technologies is also reflected in my on-line article “Representing Women in the Revolutionary Crowd”, in An On-Line Collaboration Organized by Jack Censer and Lynn Hunt, “Imaging the French Revolution: Depictions of the French Revolutionary Crowd,” The American Historical Review 110.1 (2005)