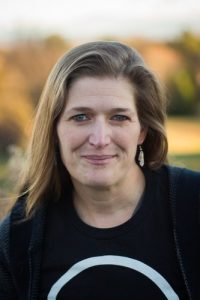 Julie L. Reed is a historian of Native American History, with an emphasis on Southeastern Indians and Cherokee History, and American Education.

Reed’s current project, tentatively titled “ “The Means of Education Shall Forever Be Encouraged in this Nation”: A Cherokee and American Educational History,”  reconsiders Cherokee educational history. Instead of assuming Cherokee educational efforts begin with Christian missionaries, U.S. officials, and Sequoyah’s invention of the syllabary in the late eighteenth and early nineteenth centuries, Reed roots education in older forms of knowledge transmission and a general belief among Cherokee people that every member of Cherokee society regardless of age or gender could learn from or teach every other member of society.  Given the far more expansive and less rigid access to knowledge, Reed will consider how this older system moved forward as both Cherokees and non-Cherokees offered new ideas about the purposes, accessibility, and goals of education.

Her first book Serving the Nation: Cherokee Sovereignty and Social Welfare, 1800-1907 (University of Oklahoma, 2016) examined the shift by Cherokee people from a holistic system of care for others rooted within a matrilineal clan system and governed by local community obligations that stretched across towns to the rise of nationally administered social services by the Cherokee Nation to individual citizens.  This shift ultimately resulted in the creation of an orphanage, a prison, and a facility for the (dis)abled and mentally ill in the period after the Civil War.  Reed considers major turning points and the internal debates that led to changes in Cherokee social policy, how these changes in social policy both mirrored and deviated from changes happening in the larger United States, and the ways institutions served to protect Cherokee sovereignty when allotment and Oklahoma statehood threatened.

Syllabary and of Sequoyah in Kentucky” (Forthcoming April 2019, American Antiquity)

Justice.” In Legacies: Essays on the Native South, edited by Greg O’Brien and

“Whose Stories Get Told,” In Marked, Unmarked, Remembered: A Photographic

Geography of American Historical Memory, edited by Alex Lichtenstein and