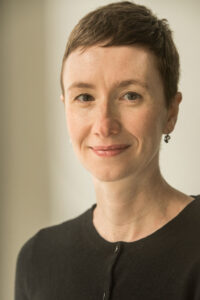 Kate Merkel-Hess is an Associate Professor and Director of Graduate Studies in the Department of History at Penn State. She is a historian of modern China with research interests in elite politics, social movements, transnational exchange, and mass media.

Her current book project, Women and Their Warlords: Elite Women and Political Power in Modern China, examines the role of leading political wives in shaping Chinese political culture between the 1910s and 1950s. Merkel-Hess is also the author of The Rural Modern: Reconstructing the Self and State in Republican China (University of Chicago Press, 2016) and co-editor (with Kenneth Pomeranz and Jeffrey Wasserstrom) of China in 2008: A Year of Great Significance (Rowman & Littlefield, 2009).

Merkel-Hess’s articles, essays, and reviews have appeared in a number of publications, including The Times Literary Supplement, Journal of Social History, Twentieth-Century China, History Compass, Current History, ChinaFile, and The Los Angeles Review of Books. Merkel-Hess’s research has been supported by the National Endowment for the Humanities, the American Council of Learned Societies, the Association for Asian Studies, and the U.S. Department of Education.

The Rural Modern: Reconstructing the Self and State in Republican China. University of Chicago Press, 2016.

Co-authored with Jeffrey N. Wasserstrom, “The Tiananmen Protests and Their Aftermath, 1989-1999,” in The Oxford Illustrated History of Modern China. Oxford: Oxford University Press, 2016.

“Acting Out Reform: Theater and Village in the Republican Rural Reconstruction Movement.” Twentieth-Century China 37.2 (May 2012): 161-180.

National Endowment for the Humanities Fellowship, 2017-18