Professor of History and Women's Studies 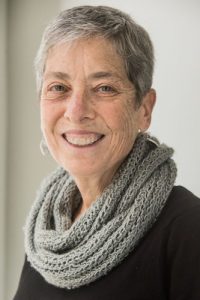 Lori  Ginzberg is a historian of nineteenth-century American women with a particular interest in the intersections between intellectual and social history.  Her research has focused on the ways that ideologies about gender obscure the material and ideological realities of class, how women of different groups express political identities, and the ways that commonsense notions of American life shape, contain, and control radical ideas.  She has written several book, including Elizabeth Cady Stanton: An American Life (Farrar, Straus, Giroux, 2009) and Untidy Origins: A Story of Woman’s Rights in Antebellum New York (UNC Press, 2005).  As the nation commemorates the centennial of the 19th amendment to the Constitution in 2020, she has been speaking throughout the country and on podcasts and radio shows about Stanton, the foremost intellectual-activist of her generation, as well as about the conflicts and complexities involved in commemoration itself.  A forthcoming article, “Radical Imaginings: The View from Atop a Slippery Slope,” appears in a special issue of the Journal of Women’s History entitled “What Difference did the 19th Amendment Make?” As a joint appointment in History and Women’s, Gender, and Sexuality Studies, she has taught a wide range of courses in U.S. history, women’s history, lesbian and gay history, and feminist theory.