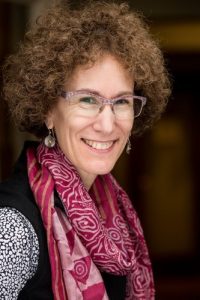 My field is Islamic history (c. 600-1250) and my particular area of research is al-Andalus (Islamic Iberia) and the Maghrib (North Africa).  My first book, The Second Umayyad Caliphate: The Articulation of Caliphal Legitimacy in al-Andalus, grew out of an initial comparative interest in the expression and enactment of the right to rule among Islamic dynasties claiming caliphal authority. The study of political ideology and culture in al-Andalus gave me a foundation to explore another dimension of the politics of the period: governance over a religiously and ethnically diverse population in a period of social change and cultural transformation.  My second book, Defining Boundaries in al-Andalus: Muslims, Christians and Jews in Islamic Iberia, brings the development of Islamic law (specifically, of the Maliki “school” of law) and legal sources into the political narrative and develops a particular focus on intercommunal relations.  Treating law as a form of boundary-making in a specific historical context, the book demonstrates the flexibility of Islamic legal concepts and categories and shows how this flexibility accommodated intercommunal interaction and integration into the Muslim community.  My work on the Umayyad period provides me with a particular orientation to the later Almoravid period (c. 1050-1150) when a Berber regime ruled over the far Maghrib and al-Andalus from Marrakech. My current research on relationships between Almoravid amirs and jurists and the politics of Maliki legal scholars will challenge some of the conventional representations of Almoravid rule.

I teach a variety of undergraduate courses including: World History, Introduction to the Middle East, Modern Middle Eastern History, and Islamic Civilization, and have taught undergraduate seminars on specialized topics such as the history of medieval Iberia, women and gender in Islamic societies, and an Iran and Iraq study group; I also teach an occasional graduate seminar on Islamic historiography and sources.

“Rules of Purity and Confessional Boundaries: Maliki Debates about the Pollution of `the Christian'”, History of Religions 42 (2003): 197-212

“From Alien Terrain to the Abode of Islam: Landscapes of the Conquest of al-Andalus,” Inventing Medieval Landscapes: Senses of Place in the Latin West, eds. John Howe and Michael Wolfe (University Press of Florida, 2002), 136-149

Medieval and Ancient History Middle East and the Muslim World