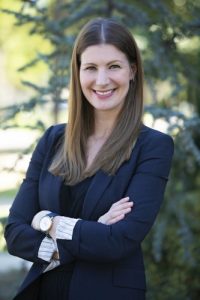 Dr. Shelden specializes in the long nineteenth century. Her research and teaching interests include slavery and abolition, the Civil War, the U.S. South, and political and constitutional history. She is the author of Washington Brotherhood: Politics, Social Life, & the Coming of the Civil War (University of North Carolina Press, 2013), which received honorable mention for the Wiley-Silver Prize for the best first book on the American Civil War. Washington Brotherhood explores the social lives of congressmen in Washington in the 1840s and 1850s, illustrating how their personal relationships influenced their political behavior. The book argues that understanding the congressional politics requires moving beyond the official spaces of the Capitol building (and the Congressional Globe) and instead looking to the unofficial political spaces in hotels and boardinghouses, at parties and dinners, and in the intimacies of Washington, D.C. Professor Shelden is also co-editor, with Gary Gallagher, of A Political Nation: New Directions in Mid-Nineteenth-Century American Political History (University of Virginia Press, 2012). Her current book project, The Political Supreme Court, examines the political world of U.S. Supreme Court justices from the early nineteenth century to the 1890s.

“The Electoral Count Act is Broken. Fixing it requires knowing how it became law” (with Erik Alexander), Washington Post, October 8, 2021.

“Republicans Rediscover the Dangers of Selling Bunk to Their Constituents,” The Atlantic, November 25, 2020.

“The Supreme Court Used to be Openly Political: It Traded Partisanship for Power,” Washington Post, September 25, 2020