Professor of History
Former Director of the Science, Technology, and Society Program (2007-2012) 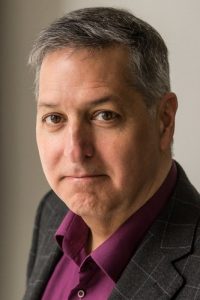 A historian of both the human sciences and modern Europe, I am particularly interested in how societies grapple with the questions and problems associated with modernity through the vehicles of science, technology, and medicine. My research has largely focused on the nature of power and the relationship between the state, science, and medicine in understanding and managing things such as disability, deviance, criminality, mental illness, and security. And I regularly write articles and present papers on the general history of madness and psychiatry. In recent years, however, my interests have moved into studying the history of supernatural and paranormal phenomena. In particular, I am writing a book about the history of UFO sightings and claims of alien contact throughout the world.

The Routledge History of Madness and Mental Health (Routledge, 2017)

The Corrigible and the Incorrigible:  Science, Medicine, and the Convict in Twentieth-Century Germany (University of Michigan Press, 2015)

From Madness to Mental Health:  Psychiatric Disorder and its Treatment in Western Civilization (Rutgers University Press, 2010)

Price/Webster Prize of the History of Science Society, 2018. Awarded to the best article published over the past three years in the Society’s journal Isis.

DAAD and German Studies Association Book Prize for Best Book in History 2017 for The Corrigible and the Incorrigible: Science, Medicine, and the Convict in Twentieth-Century Germany.

HIST 103 – The History of Madness, Mental Illness, and Psychiatry

Hist 203- History of Monsters, Aliens, and the Supernatural